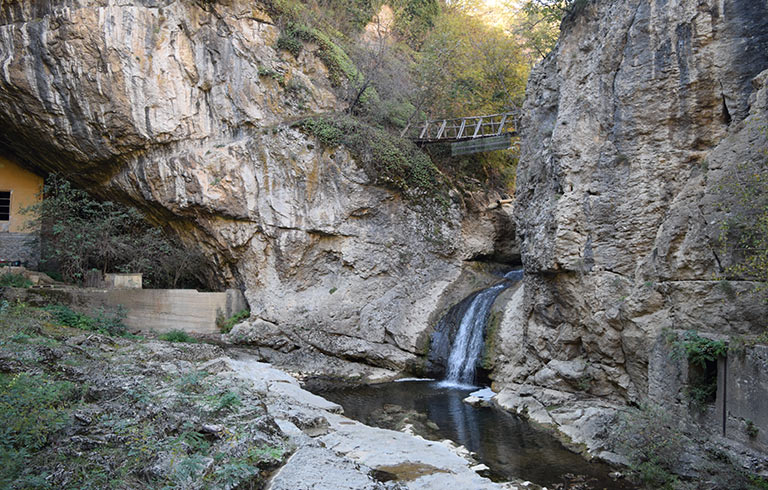 If you have already seen the Dryanovsky Monastery “St. Archangel Michael”, don’t think that there is nothing more to visit in the region. Only 300m away from the monastery, following the Andaka River you are going to reach the very first landscaped cave in Bulgaria- the Bacho Kiro Cave. Besides that, it is also one of the most interesting and notable underground creations of nature. It’s named after the famous hero from the April Uprising Bacho Kiro, who had been hiding there. The cave itself is a 4-level labyrinth, through the depths of which you can actually take a walk. The total length of the galleries and their branches is about 3600m. The temperature rarely rises above 130 C., so a top or a cardigan is a must.

There are two routes: short (around 20min without a guide) and long (around 60min with a guide). The short route offers the opportunity for a short walk on one of the levels of the cave, which is not to be overlooked. Right from the entrance itself you are going to indulge into an incredible atmosphere, you are going to make your way through the Purgatory and you are going to take a walk through the Rainy Hall. A suitable route, if you are with children or you don’t feel like walking much.

The long 1 hour route is going to reveal in detail the amazing atmosphere of the Bacho Kiro Cave. Passing through the Lobby you are going to find yourself in a place, that used to be inhabited more that 50 000 years B.C. Right here homes and fireplaces have been found, as well as different tools. A curiosity fact is that a 3m bear skeleton has been found in the cave.

After the Lobby you pass through a tunnel, named the Arch, through which you are going to trace the development of the gallery into the Rainy Hall- an area with the shape of a Gothic temple. You are going to make your way by the Lonely Stalagton and the Hall of Lakes. The next sight is the narrow cleft the Purgatory, as well as a beautiful sinter waterfall- the Throne. Most impressive, however, is the Ball Hall, where many weddings have taken place.

If you crave for more underground experiences, from the Bacho Kiro Cave you can make your way to the water cave Andaka („Андъка“), located about 50km away. The curious fact about it is that in the past its hallway used to house a water treatment station, that supplied the town of Dryanovo with drinking water until 1979. 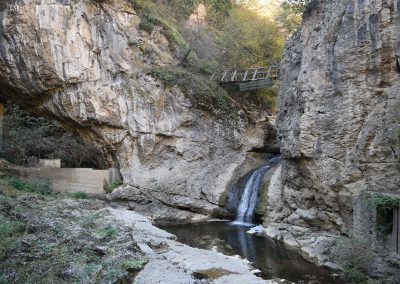