This is one of the most significant spiritual and cultural centres of Bulgaria. Although it has been burnt down more than once, it has managed to preserve and consolidate the faith and Bulgarian identity of the people from the region over the centuries.

The Dryanovsky Monastery “St. Archangel Michael” is located in a picturesque area, that charms everyone who visits it. By the monastery walls the Andaka river flows, which adds to the charming look of the Holy Cloister. Around it you can see the peculiar rocks of the Strazhata (The Guardian) Balkan plateau.

The Dryanovsky Monastery “St. Archangel Michael” was built in the 12th C. A.D. about 2km away from its present location. Later on it has been burnt down by Ottoman invaders, but in the 16th C. it got rebuilt by the locals on the other bank of the river. However, it got destroyed again. And because of that a century later the monastery was revived at its present day location and turned into one of the largest educational centres during the Bulgarian Revival period. Here many famous Bulgarian revolutionaries have been hiding, including Vasil Levski and Georgi Izmirliev, while the monastery had actually turned into a home to Bacho Kiro and priest Hariton.

Years later the monastery got burnt down again. That, however, did not break the moral of the Bulgarians and they rebuilt it again. The Dryanovsky Monastery flourished during the 19th C. A new church and residential quarters were built. After the most significant Bulgarian April uprising in 1876 the Holy Cloister was destroyed again- but soon after that it got restored, and the church was sanctified. On the side of the monastery there is a mausoleum, in which the mortal remains of the heroes, who have died for the liberation of Bulgaria, are kept.

The rich history of the monastery can be traced in the museum exposition “Archaeology and Revival”.

If  you head down the Dryanovska pathway, you are going to find yourselves in front of the Bacho Kiro Cave- the first landscaped cave in Bulgaria. Not far from the monastery itself, there are two small waterfalls, which are truly impressive during the high water of Andaka River.

For more possibilities for different routes you can inquire at the Tourist Centre. 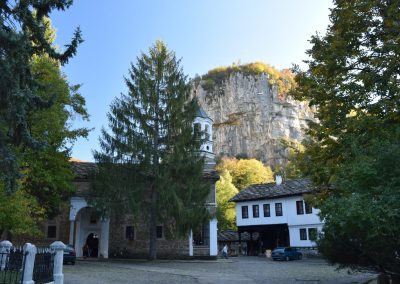 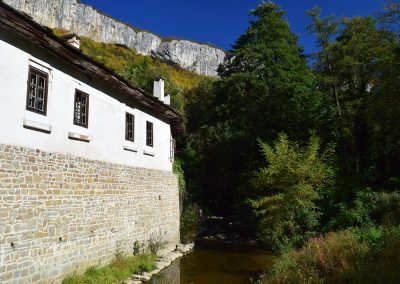