The historic and architectural reserve Bozhentsi is the next must see sight when you are staying at the Kalina Palace Hotel. If you wish to take a walk to the tiny Gabrovo village you will have to spare between 2 to 4 hours depending on your pace as the walk takes you through a scenic forest trail. If you’d rather take a car, the distance along the main asphalt road is about 25km. There is a short cut along a local off road trail, but would not recommend that option.

The village of Bozhentsi was declared a historic and architectural reserve in 1964. In it the houses have preserved their authentic Revival appearance. On the territory of the reserve the building on non-revival style houses is prohibited. Most of the buildings are two storey houses- the first floor used to be a shop, while it was on the upper level where the locals used to live. The main means of living of the people here used to be trading of wool, wax and honey.

Very curious is the legend about the establishment of Bozhentsi. According to local sources, the village has been established after a noble lady from Tarnovo, named Bozhana, settled there with her children after her husband died during the Ottomans conquered Tarnovo. Therefore the name of the village- Bozhentsi. The story goes that along with Bozhana many wealthy merchants settled here and brought along their traditions and culture.

The most important sights here are the old church The Holy Prophet Elijah. In the lower part of the church yard there is a cell school, while the class new school you can see in the very beginning of the reserve just opposite the administration building.

Interesting to visit are two of the houses, turns into museums. In the museum house Grandma Rayna (“Баба Райна”) you can see an 18th century ethnographic exposition. In the museum house Doncho the Priest (“Дончо Попа”) you can get familiar with the local life style and culture of the people during the Revival period of Bulgaria. 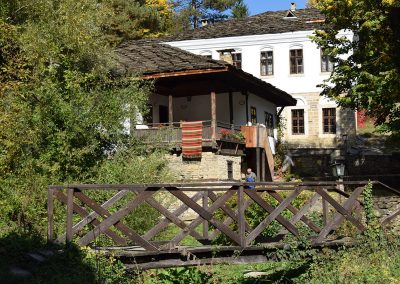 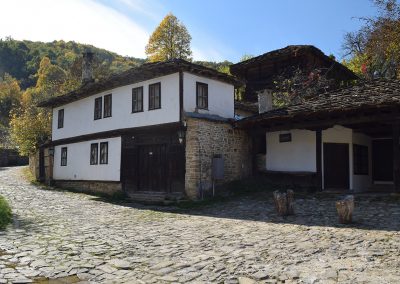