7 SIGHTS TO VISIT IN TRYAVNA IN A DAY 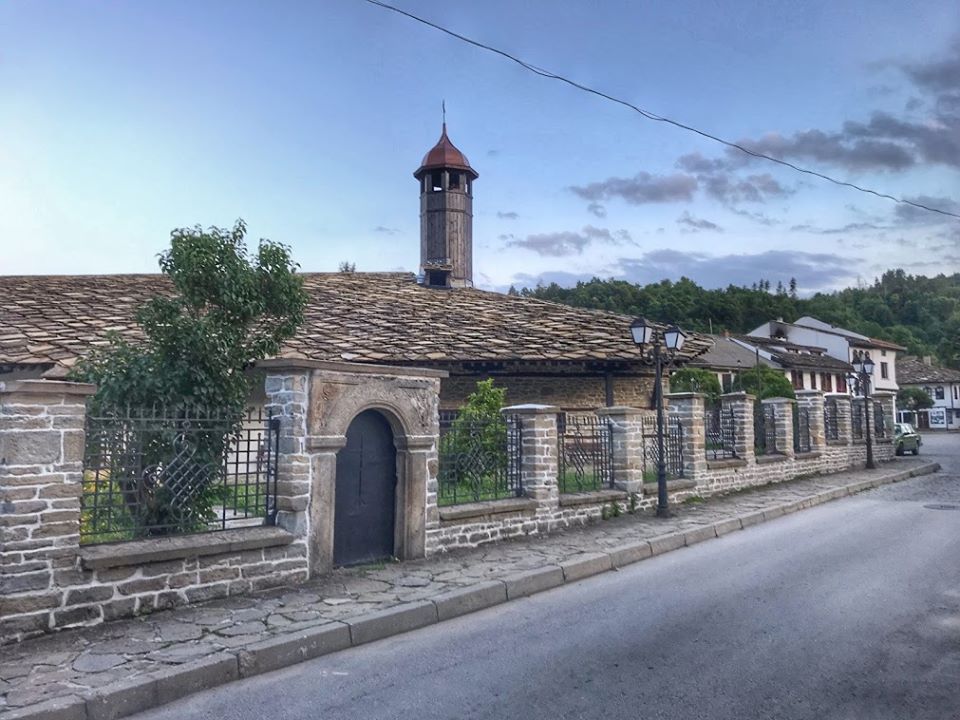 Tryavna is one of those magical places that need neither a lot of words, nor a lot of explanation or time to fall in love with the town and for it to stay in your heart forever.

Today we have selected a small part- only 7 places to visit in Tryavna in just one day. This is something like a short travel guide to the town and a virtual stroll back in time. We have no claim for this to be a thorough overview for all that can be seen in Tryavna. It’s only 7 sights that we have picked that you can visit in a single day. 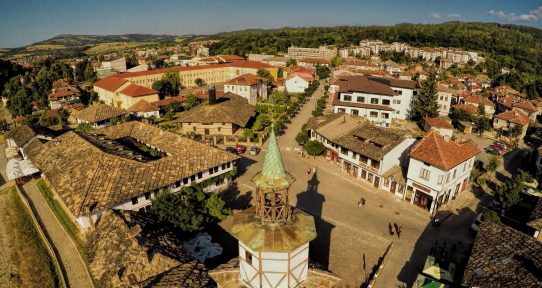 This is the single preserved revival square in Bulgaria. It is unique in terms of its architectural planning. Most of the buildings enclosing the square have an amazing architectural value. Build throughout different time periods by different building masters and as we all know the talent of the local master builders is indisputable. This square is the most significant, unique and one a kind preserved revival square in Bulgaria with an imposing clock tower dating back to 1814, the Old Slaveykov’s School (located to the right of the square), with the ancient church of the Holy Archangel Michael across the street and the Old Kivgir Bridge (the Hunchback Bridge) that connects the craft street with the square. The square has been declared for a national cultural treasure of great local importance.

2. The Ancient Church of the Holy Archangel Michael 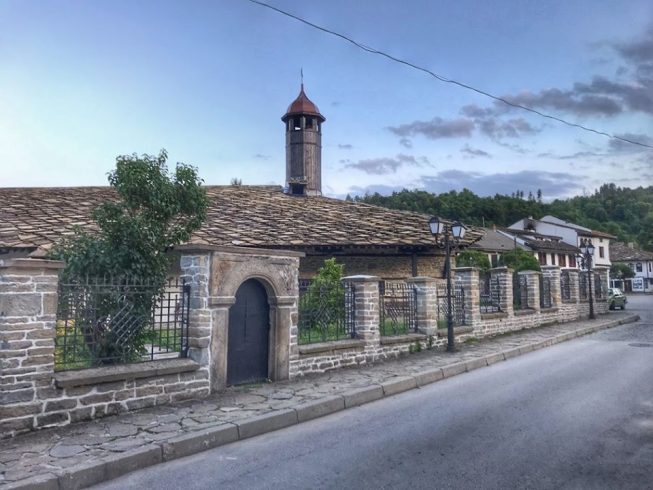 According to an ancient legend passed onto generations by the locals, the church was built in the 12th C. In order to express their gratitude to God for a successful battle in the Tryavna Pass, the brothers of the Asen Royal family built three churches devoted to the Archangel Michael. One of these is the Tryavna church in question. Up to present day this legend is neither confirmed, nor denied by historians. According to recent research, the church surely existed as early as the late 12th C. It was burnt down to ground during the great Kurdzhali invasion over Tryavna in 1798. Nowadays it’s opened to visitor 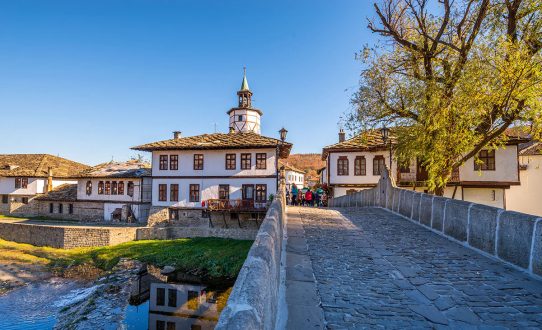 One of the landmarks of Tryavna was built in the period 1844-1845. In the beginning it was a wooden bridge, however due to heavy rain the local river would constantly overflow and destroy it. That’s why the locals decided to reconstruct it with stone. The construction itself was entrusted to the building master Dimitar Sergyuv, who took a long time to precisely pick the stone blocks- to withstand cold, heat, water. He constructed the bridge in Roman style with a high arch with a big curve so that it could easily let the waters of the Tryavna river pass even during the rainy season. With length of 25m, width of nearly 4m, more than 160 the Hunchback Bridge as its commonly called has withstood all the wraths of nature. The large blocks of cut stone were held together with iron bolts and lead spoiling. You can notice an interesting detail that is often subject to controversy and smiles. It’s about the tiny ablution pitcher carved on one of the large stone blocks. Some say that it serves as a reminder to the people from Gabrovo to wash and cleanse before entering Tryavna, while others claim that the people from Tryavna are supposed to do that on their way to Gabrovo 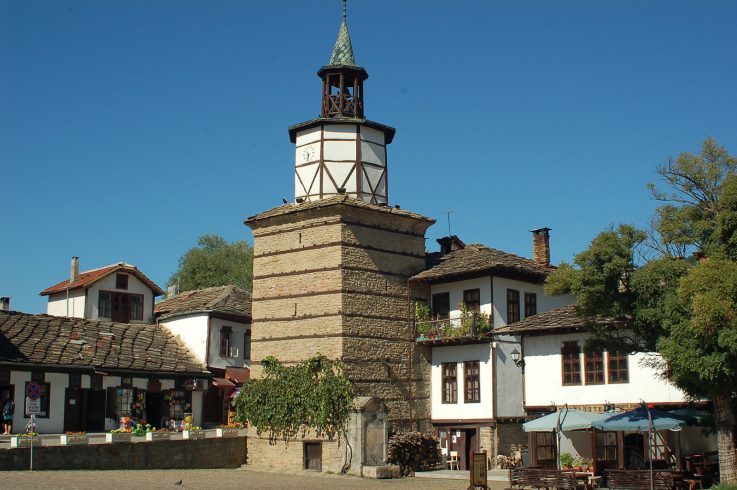 The Clock Tower is part of the single preserved revival square in Bulgaria. It was as early as 1814 with a clock mechanism dating back to the following 1815. According to an old legend in order for the locals to get a building permit all the Tryavna women had to give up wearing the traditional regional head jewel, called sokai. In terms of architecture one can notice that the different parts of the tower are built in perfect proportion. The tower bell was carved by the Gabrovo masters Kuncho and Gencho Radoslavov in 1815. Later on in the 70’s of the 20th C a tape-recorder was added to the clock mechanism that starts playing the Pencho Slaveykov’s Inseparable song at 22.00 every evening after the last 10th ring of the bell for the day. Nowadays the song has become the hymn of the town. 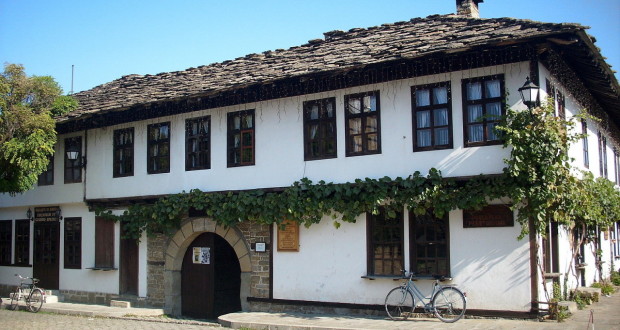 The Old School was built in the period 1836-1839, making it one of the first secular schools in Bulgaria. It was established as a monitorial school in the fall of 1839. Some ten years later the people from Tryavna invite over Petko Slaveykov to teach here, who also established a class school in the same building. He was the one to introduce teaching music, arts and sports in the school. In the spring of 1850 the first annual exams are held in the school. The changes that Slaveykov introduces here are so many in number that up to present day the school is known as the Slaveykov’s School. 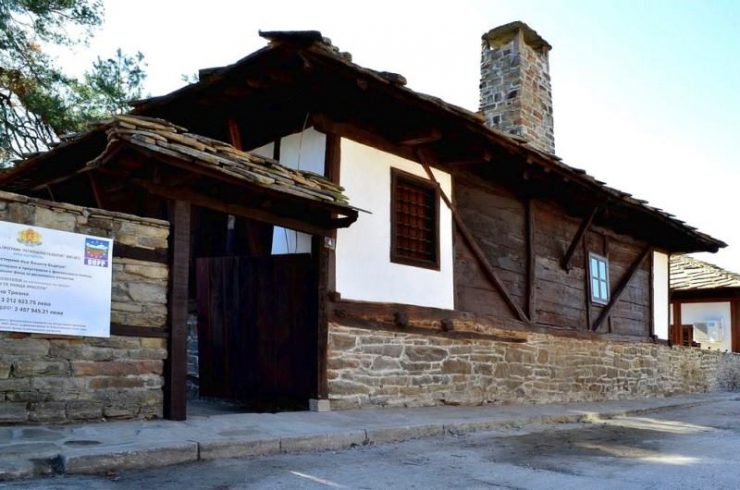 The Popangelov’s House is considered to be the oldest architectural monument, preserved on the territory of the Tryavna Municipality. Its construction dates back to the second half of the 18th C. Once upon a time its owners used to practice one of the rarest artistic crafts, called kazasluk, which involves making decorations for clothing, belts and horse tackle from silk and fine wool treads. There is evidence found that the decorated horse tackle for Knyaz Alexander Battenberg has been a gift from the local craftsman in Tryavna. The house was one of the hideouts of Vasil Levski when he had been visiting Tryavna on business of the Revolutionary Committee. Up to present day here one can actually see the secret places the Deacon used to hide in case of danger. 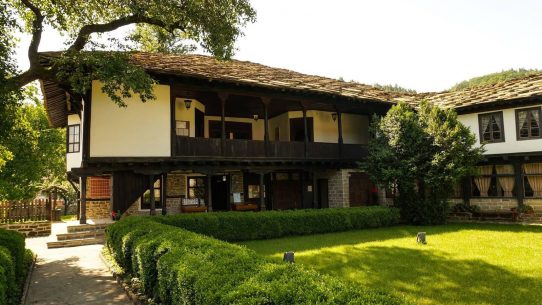 The Daskalov’s House has been built for two of the sons of Hadji Hristo Daskalov. On the day that the house had to be sanctified on St. George’s Day 1808 the master Dimitar Oshanetsa and the apprentice Ivan Bochukovetsa made a bet and for six months they were working of magnificent carved wooden ceilings in the shape of a sun in two of the rooms of the house. These suns shine on the guests of the house till present day and make people winder which one is the more beautiful one. Here in 1963 the single of its kind Woodcarving Museum was established that show the development of the oldest Revival woodcarving school in Bulgaria- the Tryavna one. It goes a long way back to the simplest shepherd’s carving through the interior decorative woodcarving of the local houses and iconostasis and reaching all the way to the deep plastic woodcarving that the local masters did to decorated church iconostasis, bishop thrones and other objects from the daily or the ritual life of the locals.

Actually, if you plan well you could visit twice as many places in just a day! We wish you plenty of time to be able to relax and at the same time tour not only all the sights of Tryavna, but also the ones in the area, as well! 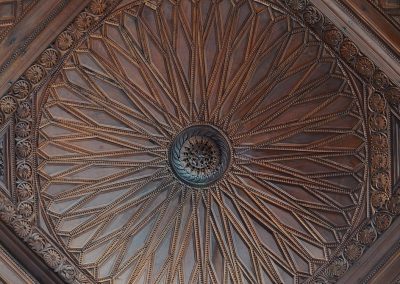 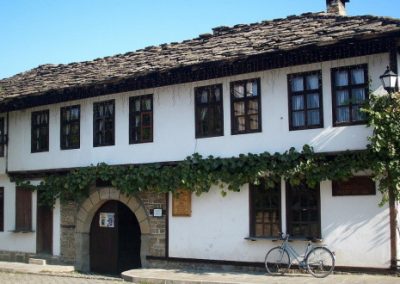 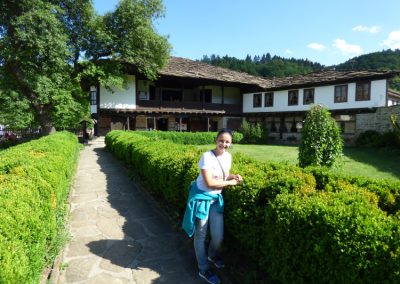 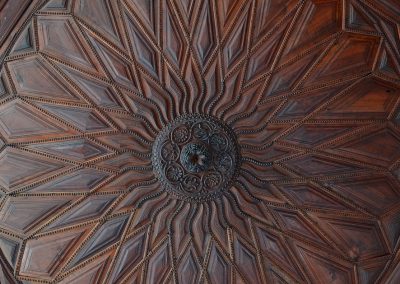 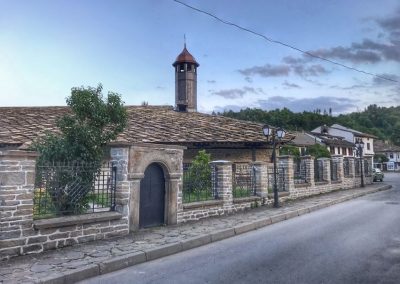 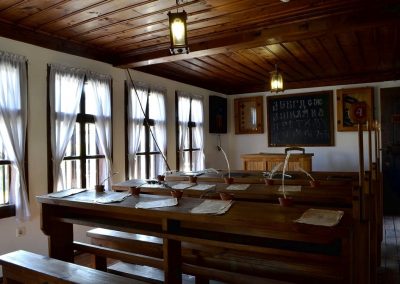