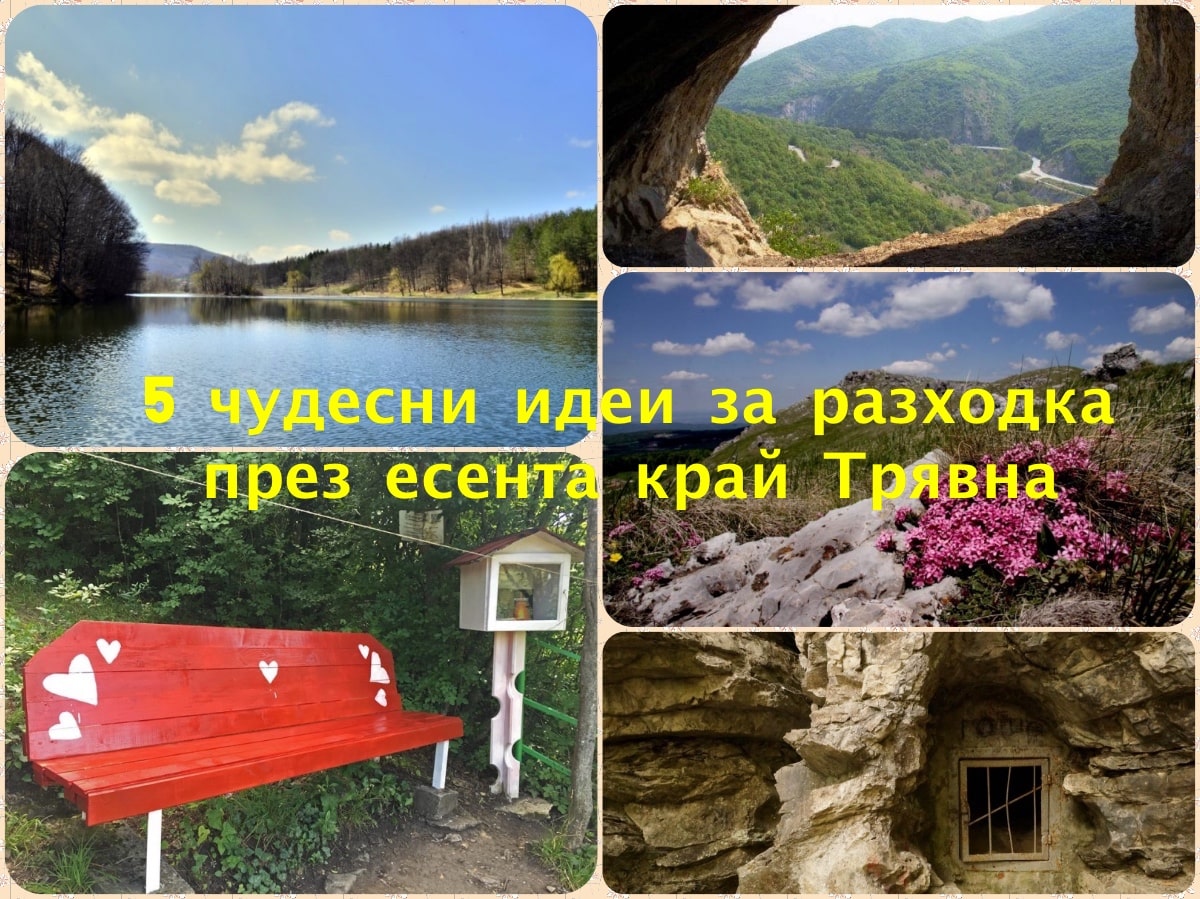 Today we have picked out a few not so well known places that we hope you to find interesting and possibly visit. Some of those are closer to Tryavna, while others are closer to Gabrovo, but in any case we feel that you might find those appealing, being our guests and friends of the Kalina Palace Hotel. 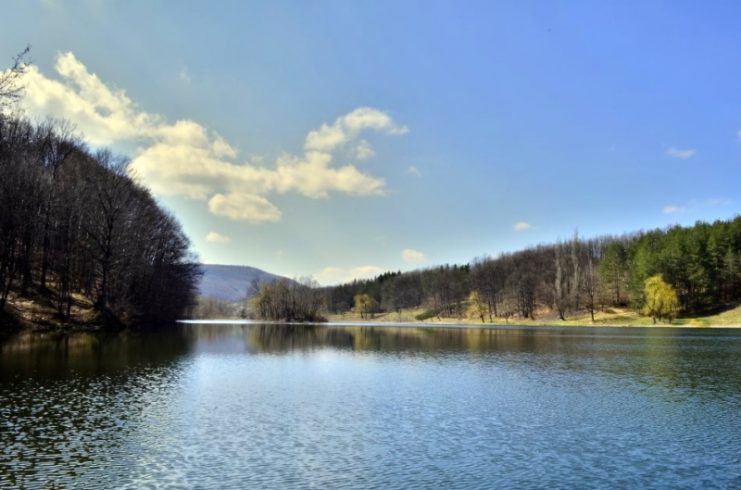 A picturesque water dam, built on an even more picturesque location. It’s situated approximately 3km away from the center of the town of Gabrovo in the Gatchevtsi residential quarter. The dam was built during 1963 for industrial water supply of the factories in Gabrovo and the region, as well as in order to withhold the water flow of the Sinkevitsa River. The wall of the dam is 12m high. Nowadays the dam is a preferred recreational area, well known for its hobby fishing and eco tourism activities. 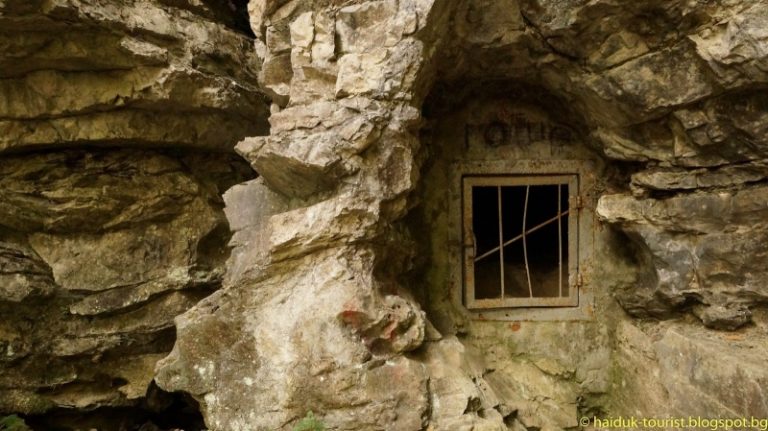 The Dragon’s Lair Cave is located in the Balkan Mountain range in the vicinity of Tryavna town. The ancient legends claim that it is inhabited by a dragon, that could awaken the hail clouds. The locals thought of the dragon as their patron and used to feed him cow’s milk. Nowadays the entrance of the cave is build up and locked with bars. And although it is closed, the sole walk to the cave, the mystic ambience, the legend and all add to the enchanting atmosphere of such an endeavor. So if you are wondering which direction to head to for a leisure autumn walk, then the Dragon’s Lair destination is the perfect option. 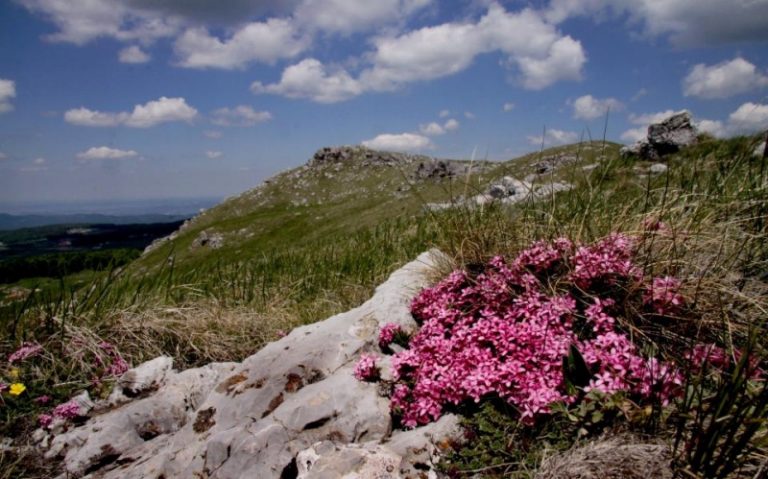 In Bulgaria there is one of those mountains that bear both a male and a female name- The Balkans, because we feel as if it’s both a mother and a father to the Bulgarian nation. Here one as if takes a step into another dimension- a world of tranquility, harmony and perfection. The fascinating beauty of the mountain enchants its visitors- snowy and white during winters, sunny and cool during summers. It is covered by ancient forests, fragrant glades, sky-high grazing areas and deep valleys. The hiking trails wind their way to picturesque areas, vertical cliffs and ancient caves. The enchanting spirit of the Balkans makes a visitor indulge in a fascinating and unforgettable magic. And if you have no idea where you have found yourself, one thing is certain- you are already guests of the Bulgarian Nature Park. More about this sight you can find here. 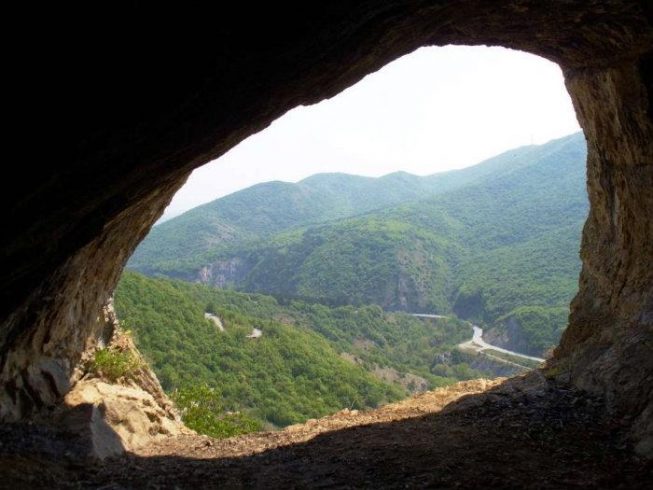 For the cave lovers- the Marina Hole Cave is situated in the vicinity of Gentchovtsi Village, about  7km away from Tryavna and 25km away from Gabrovo.

The cave is located on the land of Tryavna area and it is one of the most accessible caves for speleologists on the territory of Bulgaria. It’s total length is slightly more than 3km. The research of the cave started in 1923 and goes on till present day. Here a new biological species (an insect) was discovered that bears the name “Netoletski-Maneki”. A curious fact is that in 2009 a letter in a bottle was found in the cave, dated back to 1977. It was placed there during an expedition at the furthest researched place at the time.

Another interesting fact is related to the name of the cave. It tell the story of a female rebel Mara , who used to hide there with her friend Paro. The legend goes that they used to rob the Ottoman caravans together, when they were passing through the Balkan mountain and used to hide the loot in the cave. For that reason many treasure hunters visit the cave even nowadays, hoping that they will be the first to find one of the precious Ottoman treasures.

The cave is accessible following a 5km long asphalt road and a 2 km gravel off-road route. 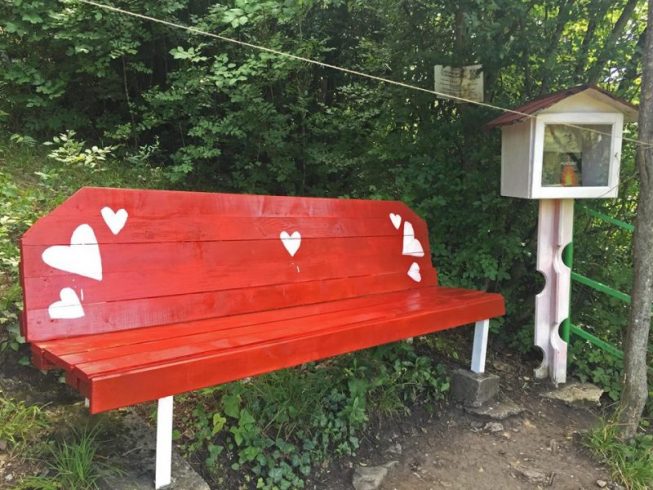 We have already told you about the Dryanovo Monastery, the Bacho Kiro cave and today we are going to tell more about a fascinating panoramic view-point, located not far from the entrance of the cave itself. It is part of the Dryanovo eco-path. Simply by following the signs, there is no way to make a mistake and in a 10-15 minutes’ walk you are going to find yourself at the spot in question- the Love Bench. During the route you are going to have the chance to enjoy splendid panoramic view over the monastery and the picturesque nature that surrounds it. Close by the bench there is also a wooden alcove.

It’s unknown to us who has named the bench, however they sure did have a reason to do it and the name suits it perfectly. Once you visit it, you will never be able to forget it.

And if you are already familiar with those places, you could take a look at this list of 10 sites around Tryavna.

The atmosphere, that greets you, once you take a step through the doorway of the monastery, will make you leave behind a piece of your heart at this incredible place. 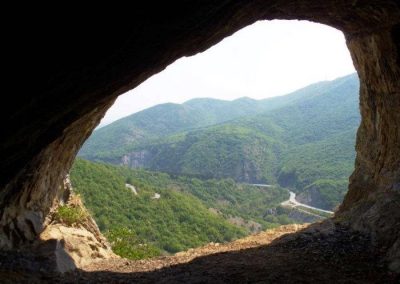 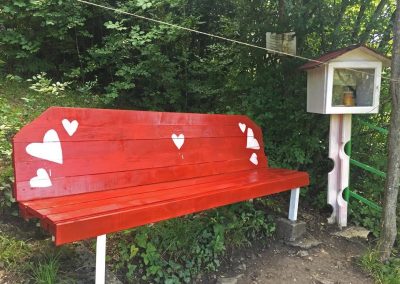 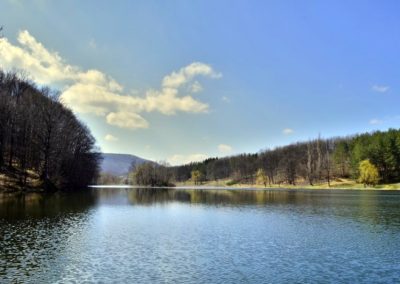 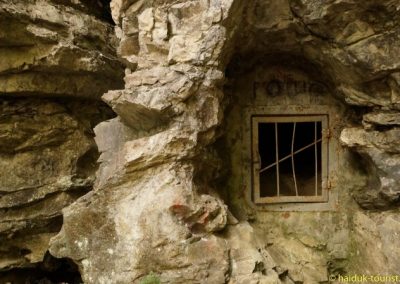 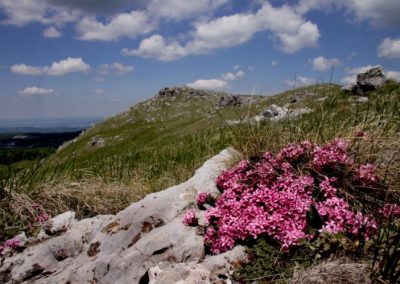